What you Must know about the Easter celebration in Guyana 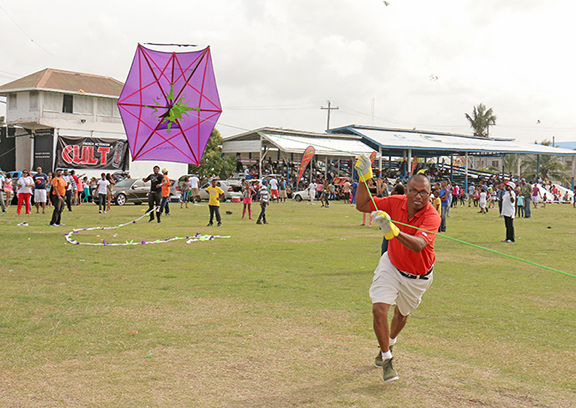 The resurrection of Jesus, Easter, is one of the biggest holidays for
Christians worldwide. It has been celebrated every year for nearly 2000 years.
Three days after Romans crucified Christ, his tomb in Jerusalem was found open,
and Jesus was resurrected. The exact date is unknown; however, scientists are
convinced it occurred between March and April. This is also why the day of the
celebration is not fixed; it is usually in April because historians refer to it as the
more accurate conclusion of their findings of the resurrection, but the week of the
month is usually different every year. Although the holiday is only celebrated by
Christians, some of the traditions coming with Easter have Pre-Christian, more
specifically Pagan origins. In fact, the name of the holiday is believed to be based
on a pagan goddess, Eostre. 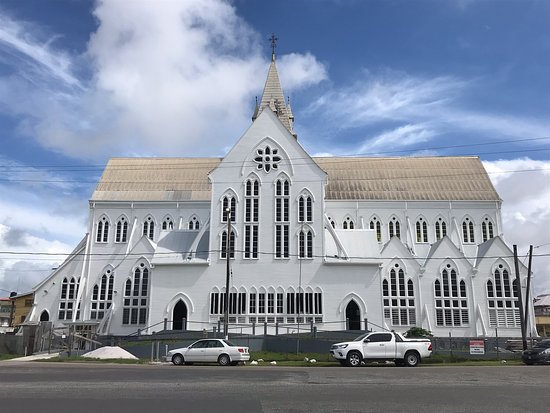 Easter is also celebrated in Guyana. Moreover, it is one of the biggest
holidays in Guyana. Despite being multicultural, Guyana, with over 60% Christian
population, is one of the best destinations for tourists during Easter. People are
celebrating it with so much enthusiasm that their positive spirits become
contagious. Being a national holiday, Easter has the power to shut down all nonessential businesses and organizations, so everyone gets to take part in the various
traditions that make the celebration unique and special in this region. The
interesting thing is that even the other 40% of the Guyanese population with
religions different from Christianity take a break from work and school during this
time of the year. This clearly shows the respect and acceptance people have
towards their compatriots who have other beliefs and orientations.
Guyanese Easter is a little different from most countries. The main part of
the holiday is not Egg hunting or Easter Bunny Rabbits, although that’s also done;
it is kite flying. This might seem a little irrelevant at first because one might
wonder what kites could possibly have to do with resurrection. 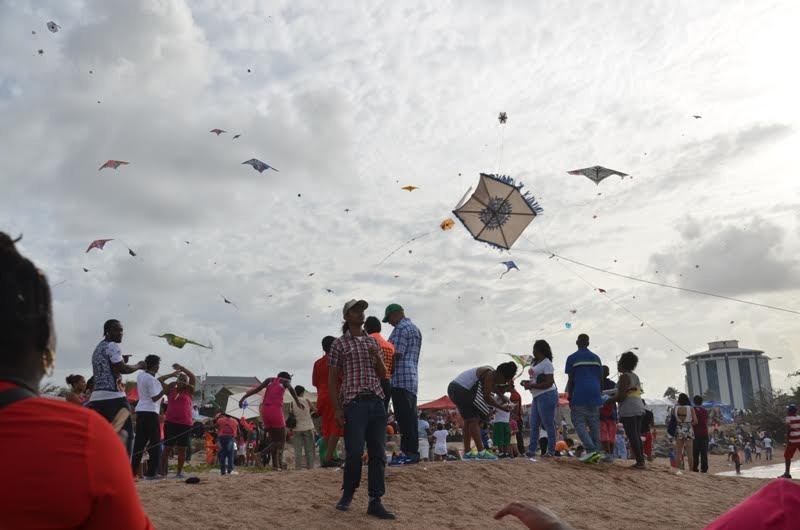 But there is a direct connection: kites symbolize Jesus Christ in his resurrected form high up in the sky.
Around beach areas, schoolyards, playgrounds, and pretty much anywhere you go
that has some free space, you will see people flying their kites of different colors,
shapes, and designs.
As you know, Easter is a national holiday in Guyana, which means everyone
from all races and ethnic groups is having fun together. Besides having nothing to
do with religions other than Christianity, Guyanese people with various beliefs find
it good enough to celebrate as a community holiday. Flying kites together, for
example, might be a good way of making new friends or strengthening bones with
the ones you already have. Besides kite flying, Guyanese people love family
gatherings during this holiday. BBQ and lunch baskets make it even more
delightful for all members of the family. These and more traditions occur in all
parts of the country with the same intensity and last for days, including the
preparations they make such as cleaning and decorating the house, cooking food,
and baking cakes for friends and family. 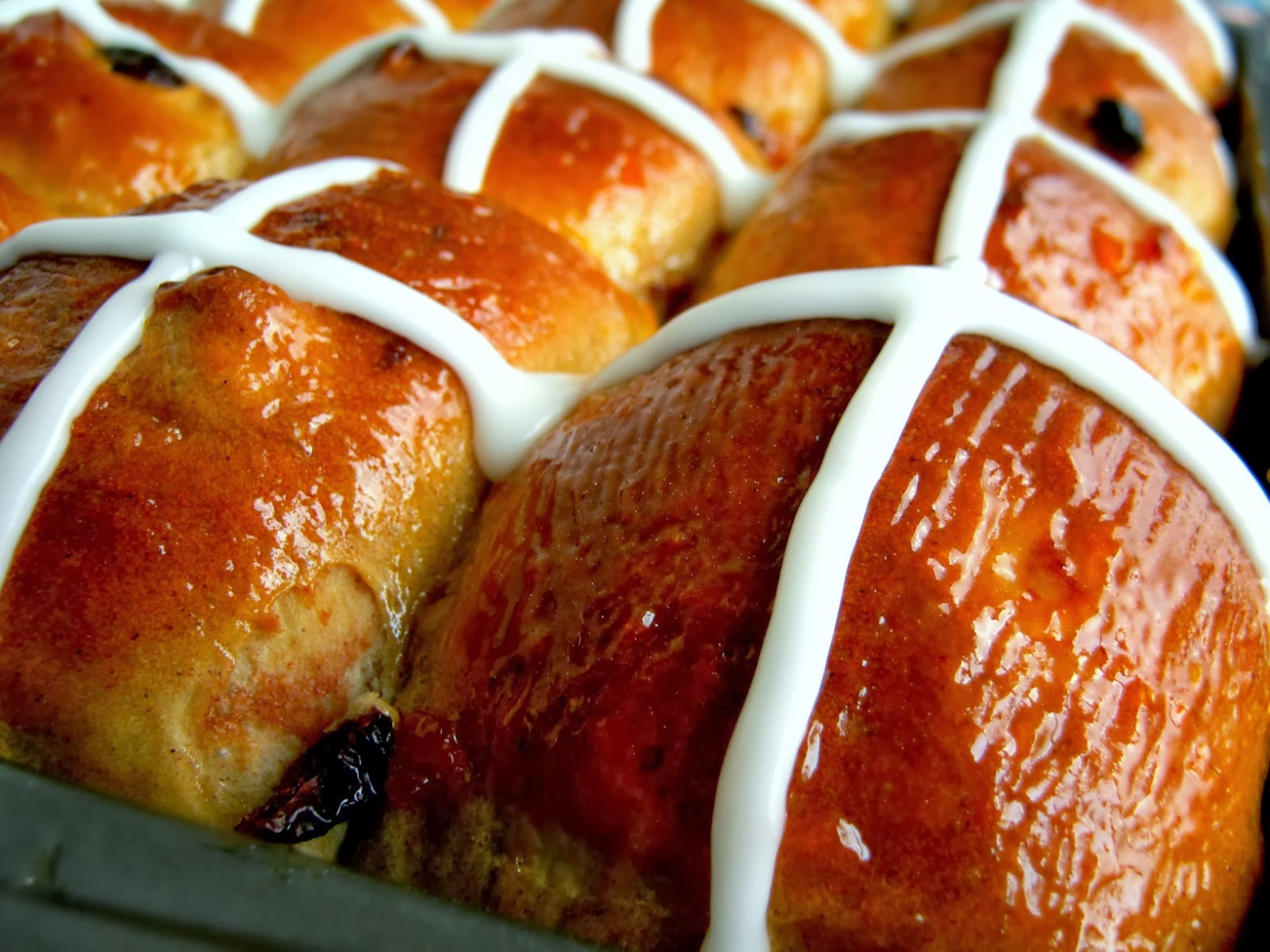 An important part of Easter for Christians is paying a visit to a local church
where various special prayers and worship services take place. The first day of the
holiday is full of events for mostly the religious population. On Good Sunday,
Guyanese people eat what they call “Hot Cross Buns.” The cross signifies the
crucifixion of Jesus of Nazareth. These services take over three hours, which is a
lot longer than the ones on regular days. During their church visit on Easter, the
dress code of people is also a little different: they wear black and white, although
lately, more colors have been emerging. After this, some people stay in the church
a little longer; others prefer to go home and spend their time with God privately.
Easter Monday is when everyone from all religions comes together for kite
flying and further celebrations. Children and adults gather up where they call the
Seawalls or 63 beach to fly kites. Every year a big party is organized on the beach,
and people are having fun until late at night. For children during these parties,
there are always rides such as “merry-go-round” and trampoline. Adults, on the
other hand, enjoy BBQ, some alcohol, and of course dance.
Everybody loves Easter in Guyana and gets excited as the day is
approaching. The whole country is filled with love, respect, and joy, so no wonder
there is an increase in foreign visitors during this period. Easter in Guyana is,
indeed, nothing like you have seen before. 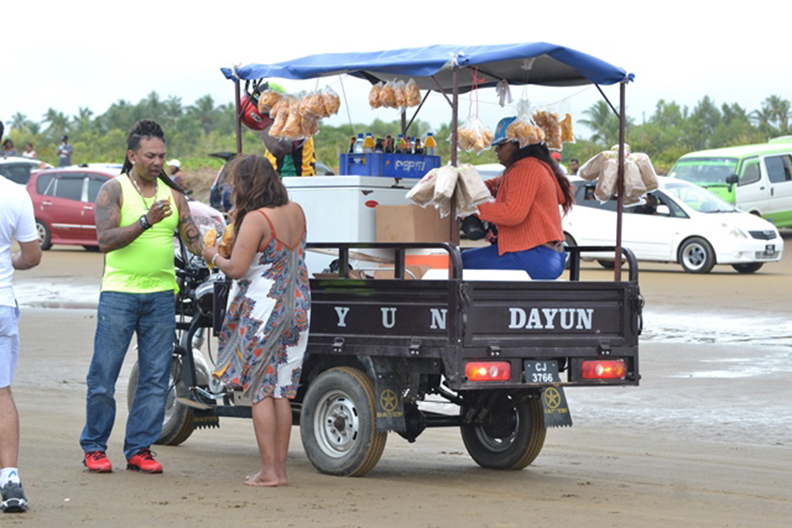