The Flag Of Guyana 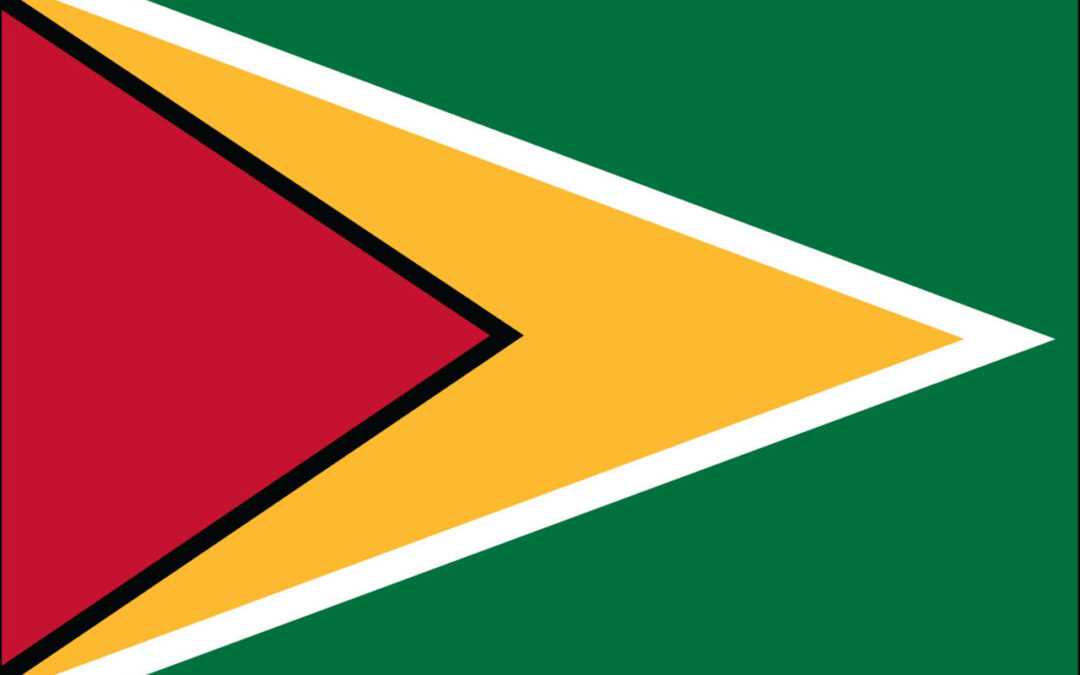 The flag of Guyana, known as The Golden Arrowhead, has been the national flag of Guyana since May 1966 when the country became independent from the United Kingdom. It was designed by Whitney Smith, an American vexillologist (though originally without the black and white fimbriations, which were later additions suggested by the College of Arms in the United Kingdom). The proportions of the national flag are 3:5. The colors are symbolic, with red for zeal and dynamism, gold for mineral wealth, green for agriculture and forests, black for endurance, and white for rivers and water.