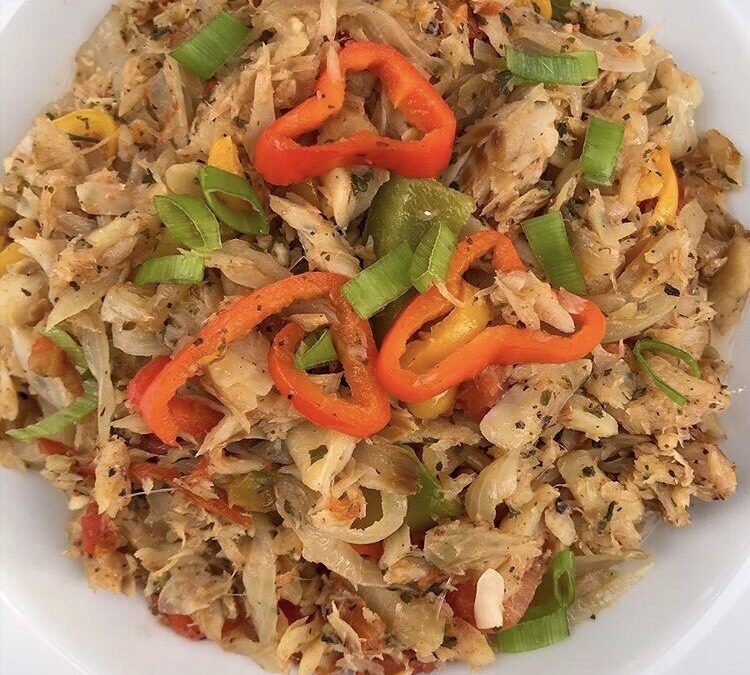 Jump to Recipe Print Recipe
Michellena Davis
Instagram page: Betterwithspice_
I remember those days when my grandparents told stories of saltfish which was then imported into the country of my birth, Guyana. They said when residents go to the corner shop to buy groceries and after making a payment, they will kindly request a piece of salt fish to complement their meals which might be roti and fried salt fish or coconut rice which is usually referred to as shine rice and salt fish. She further stated that salt fish was one of those food that were freely distributed to residents participated in community development work know as “Self-help”. Then came a time when salt fish imported was no longer available, so dried salt fish was prepared locally and snapper and Banga Mary were the main fish used.
The taste was enhanced with tomatoes, pepper, eschallot, onions, celery, and garlic. I still remember the excitement I felt as a child when salt fish was being cooked, there is something about it that caused one’s appetite to crave after it until this day.