Gordon Ramsay Voyages Deep Into the Rainforest of Guyana 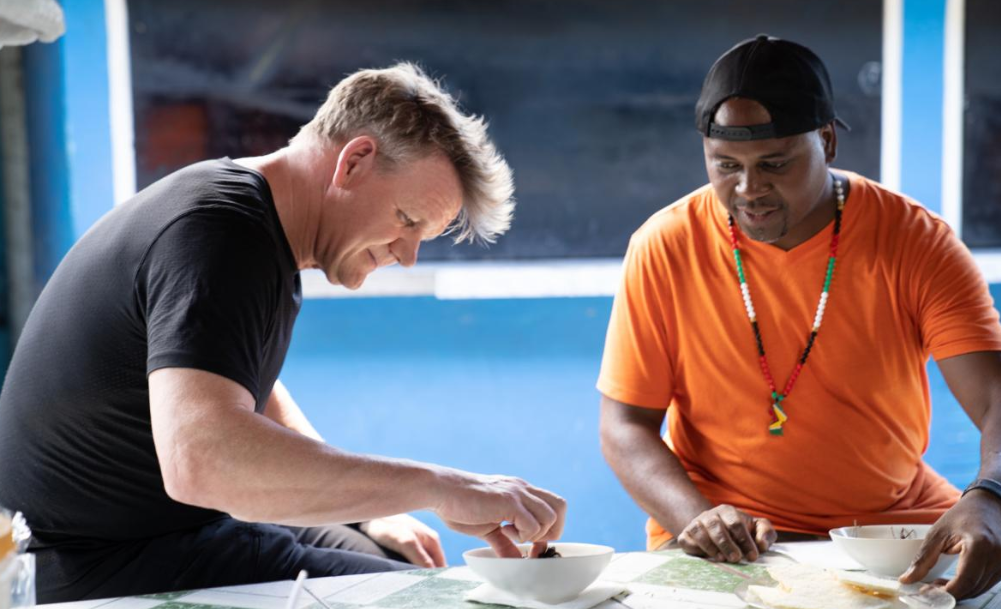 Sitting in a boat at night on Guyana’s Rewa River, Gordon Ramsay scans the darkness with his headlamp for the telltale orange eyeshine of a spectacled caiman. These crocodilians are smaller than their black caiman relations, but can still measure up to 8 feet long. Once he spies one, Ramsay and guide Rovin Alvin must get out of the boat and wade through the water to catch it by hand. “Make sure you shuffle your feet because stingrays are here,” says Alvin. “But don’t shuffle them too much now, to attract the piranhas,” adds Ramsay.

Georgetown, Guyana’s capital city, is an exciting fusion of Caribbean, Indian, and European cultures, but the origins of Guyanese cuisine lie deep in the dense rainforest of the Amazon basin with Guyana’s Amerindian people, where everything—including the wildlife and produce—can be deadly. “We take pride and joy in our First People,” says Chef Delvin Adams of the Backyard Café in Georgetown. “Get in the jungle, hunt, fish, and you can learn their ways.” 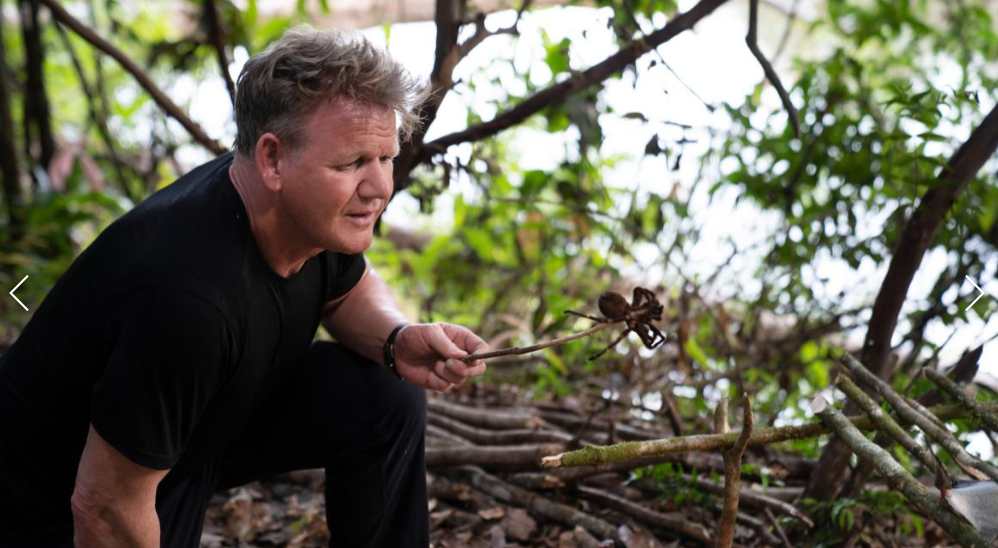 If there’s one ingredient that’s essential to the country’s culinary DNA, it’s cassava. Comprised of two types—sweet and bitter—cassava is among a variety of root vegetables referred to as “provisions” and is a staple food of the Amerindians who live in the country’s interior. Sweet cassava is used in dishes like metemgee, which also includes sweet potatoes, plantains, and eddo (a relative of taro). Bitter cassava contains cyanide, so care must be taken to process it properly. After the cassava root has been peeled and grated, it’s placed in a squeezer, known as a matapee. The extracted juice, after boiling, is known as cassareep—an important ingredient in pepperpot, the national dish of Guyana.

Ramsay learns that the indigenous Macushi Amerindian tribe at Rewa village has rich resources in the rainforest from which to create their varied cuisine. Plentiful spectacled caiman is favored over black caiman, which is protected by law. Despite its legendary sharp teeth, black piranha is a meaty fish that’s usually caught by hand line and prepared by carefully butterflying and roasting over a fire. But to hunt the elusive arowana fish that can grow up to 4 feet, the Macushi use a bow and arrow, and Ramsay must make his own arrow for the adventure. On land, snacks come in the form of the Goliath birdeater—one of the two largest spiders in the world—after it’s lured out of its burrow and roasted over a fire. 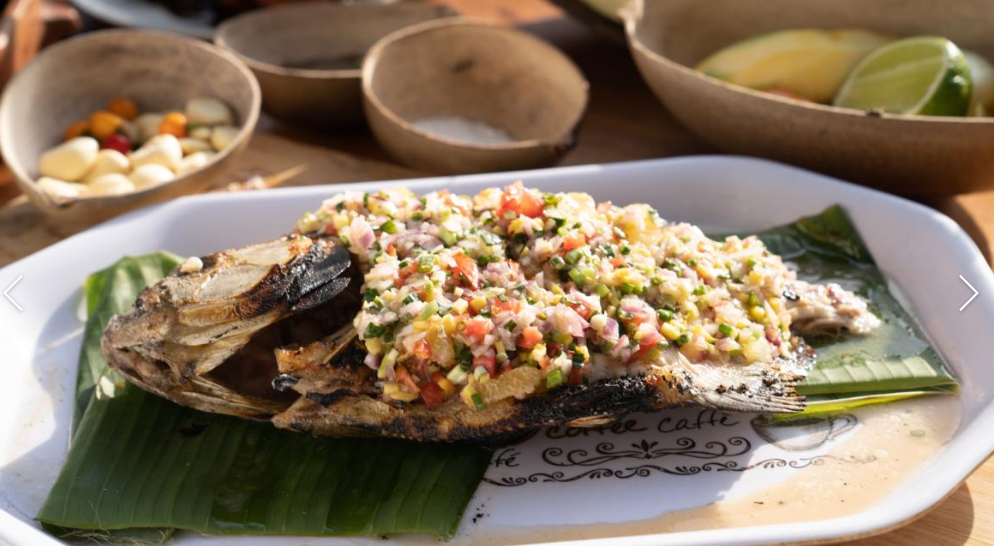