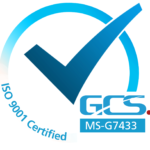 Mr. Peter Stanislaus D’Aguiar felt, however, that the date of historic importance was in 1896 when the four sons, Jose Jnr, Manoel, Francisco and John formed the partnership of D’Aguiar Bros. after the death of Mr. J.G. D’Aguiar in 1893. In the same year the brothers purchased the Demerara Ice House which then consisted of a hotel, liquor bars and an aerated soft drink plant. The name ‘Ice House’ was derived from the fact that ice was imported in schooners from Canada, hence the initials D.I.H.

Papers concerning D’Aguiar Bros. dating back to the beginning of the century showed that the actual purchase of the old Demerara Ice House was made in October 1896 with its possession being effective from November 16 of that year. The purchase was arranged through the Hon. J.H. de Jonge, auctioneer. The price, $50,000.00, a substantial sum in those days was for buildings only. Eventually, a twenty-one year lease was negotiated from the Crown in whose title all lands were vested in those days. It was not until 1929 that the land was bought outright from the Government. In that year Dr. J.G. D’Aguiar (Mr. Peter d’Aguiar’s father) then the sole proprietor following the death of his brothers, formed the company of D’Aguiar Bros. Limited.

Mrs. P.M. D’Aguiar became the principal shareholder on the death of her husband, Dr. J.G. D’Aguiar. The business faltered and was at a point of bankruptcy. She was offered the paltry sum of $100,000.00 for the business as a going concern, but she refused to sell, as she was convinced that her youngest son, Peter D’Aguiar, should be given the opportunity as he appeared to have the business acumen to salvage the company and to build it into a thriving concern. 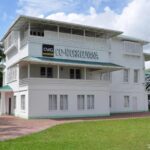